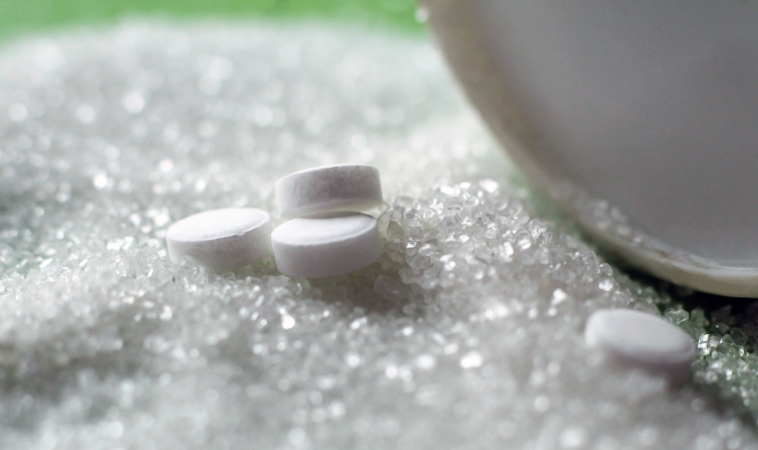 Sucralose, a widely used artificial sweetener sold under the trade name Splenda®, is metabolized in the gut, producing at least 2 fat-soluble compounds, according to a recent study using rats. The finding differs from the studies used to garner regulatory approval for sucralose, which reported that the substance was not broken down in the body. The new study also found that sucralose itself was found in fatty tissues of the body.

The researchers used the same experimental model used by the Food & Drug Administration (FDA) to assess the safety of foods based on accepted daily intake. In this case, that involved administering an average dose of 80.4 milligrams/kilogram/day to 10 rats for 40 days. Urine and feces from the rats were collected and assessed for those 40 days, and for the following 2 weeks. At the end of the 2-week follow-up period, fatty tissue from a subset of the rats was also tested.

Utilized techniques designed to detect both fat- and water-soluble metabolites

The researchers, from North Carolina State University and Avazyme Inc. – an analytical testing company – used techniques designed to detect both fat- and water-soluble metabolites. That’s significant because industry did not use state-of-the-art techniques that targeted the full suite of fat-soluble metabolites in the studies it submitted to the FDA when seeking FDA approval for sucralose.

“Our techniques were more suited to extracting and preserving fat-soluble metabolites,” says Susan Schiffman, an adjunct professor at NC State and co-author of the recent study. “We were also able to use state-of-the-art analytical techniques to identify those metabolites.

“We found 2 metabolites in urine and feces throughout the sucralose dosing period,” Schiffman says. “Those metabolites could still be detected in the urine 11 days after we stopped giving the rats sucralose, and 6 days after the sucralose itself could no longer be detected. That’s particularly interesting, given that the metabolism studies that the FDA’s approval were based on reported that ingested sucralose was not metabolized.”

Specifically, the metabolites were acetylated compounds, which are highly lipophilic – meaning they are easily dissolved in fat. That means they are more likely to stick around in the body.

In addition, the researchers found that sucralose itself was detected in the adipose, or fatty, tissues of rats 2 weeks after the rats had stopped receiving sucralose.

“As a result, we feel that it may be time to revisit the safety and regulatory status of sucralose,” Schiffman says.