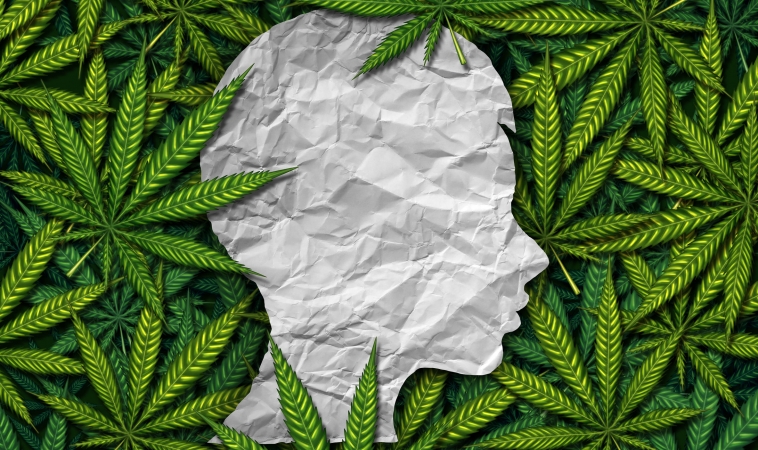 As prevailing regulatory and cultural shifts normalize adult medical and recreational cannabis use, identification of potential risk factors is key to preventing public health consequences, according to the American Journal of Preventive Medicine.

When mothers use marijuana during the first 12 years of their child’s life, their cannabis-using children are more likely to start at an earlier age than children of non-using mothers, according to a new study from the Harvard T.H. Chan School of Public Health published in the American Journal of Preventive Medicine. This study is the first to establish a relationship between maternal cannabis use during a child’s lifetime and earlier initiation in a nationally-representative, longitudinal cohort and examine the role of race, gender, and other social environmental factors.

“Early initiation is one of the strongest predictors of the likelihood of experiencing health consequences from marijuana use. In a shifting regulatory environment in which we expect adult marijuana use to become more normative, developing a deeper and more nuanced understanding of social risk factors for early initiation is a critical step in intervention design and delivery. Incorporating maternal cannabis use into our understanding of the important risk factors for early initiation may help us better identify at-risk youth for more tailored or intensive prevention strategies,” explained lead investigator Natasha A. Sokol, ScD, currently of the Center for Alcohol and Addiction Studies, Department of Behavioral and Social Sciences, Brown University School of Public Health, Providence, RI, USA.

Data evaluated for 4,440 children and 2,586 mothers for the effect of maternal marijuana use between a child’s birth and age 12

The investigators analyzed 2 linked cohorts of The National Longitudinal Survey of Youth 1979 (1980-1998 waves) and Child and Young Adults (1988-2014 waves) to assess the timing and extent of maternal and child marijuana use and initiation. They evaluated the data for 4,440 children and 2,586 mothers for the effect of maternal marijuana use between a child’s birth and age 12 on that child’s subsequent marijuana initiation, controlling for potentially important factors related to the child’s early life behavior and cognition and the family’s socioeconomic position and social environment. Overall, 2,983 children (67.2 percent) and 1,053 mothers (35.3 percent) self-identified as cannabis users. The investigators found that the children whose mothers used marijuana were at increased risk for marijuana initiation prior to age 17 and began at a median age of 16, compared to age 18 among children of non-users, noting that this effect was slightly stronger among non-Hispanic non-black children.

Child and adolescent cannabis use

Although marijuana is generally thought to be less harmful compared with other drugs of abuse, the likelihood of experiencing health consequences associated with marijuana use is strongly linked to age at initiation, such that those who initiate earlier are at much greater risk. Negative consequences may be particularly marked for children and adolescents during these developmentally critical ages. Child and adolescent cannabis use is associated with impairments in attention, concentration, decision-making and working memory, and increased impulsivity, which may persist for weeks after use, with evidence that some cognitive effects, including reductions in IQ, may linger into adulthood. Among cannabis users, earlier initiation is associated with increased risk of anxiety and depressive disorders.

A sea of change surrounding marijuana

The United States is currently experiencing a sea of change surrounding marijuana. This cultural shift is expected to result in increases in the prevalence, frequency, visibility, and/or acceptability of adult marijuana use. Understanding the impact of parent use on early marijuana initiation is an important step in anticipating the ways in which social environmental changes may alter the disease burden associated with marijuana in the US.

Children of marijuana-using parents may be an important subgroup for identification and early, evidence-based intervention

The findings indicate that children of marijuana-using parents may be an important subgroup for identification and early, evidence-based intervention by pediatricians and adolescent healthcare providers. Although future research on the mechanisms underpinning this relationship is necessary before more specific recommendations can be made, marijuana prescribers and other physicians may consider educating marijuana-using parents about early marijuana initiation and equipping them with evidence-based preventive strategies to delay marijuana use in their children. Further research may seek to understand best practices for preventing early initiation, such as decreasing or pausing use, reducing the visibility of use until children are older, and providing training, tools, and resources to help address these issues.

“Cannabis has recognized therapeutic benefits for treating a number of different medical conditions. There is also evidence that the availability of legal medical and recreational cannabis may reduce population opioid overdose deaths. Cannabis arrests account for more than half of all drug arrests in the US, and cannabis possession is a major driver of racial disparities in arrest and incarceration. For these reasons, total cannabis prohibition may not be consistent with public health objectives. Instead, given the neurocognitive, health, and social consequences associated with early use, delaying initiation may be an important, but undervalued, public health goal,” commented Dr. Sokol.