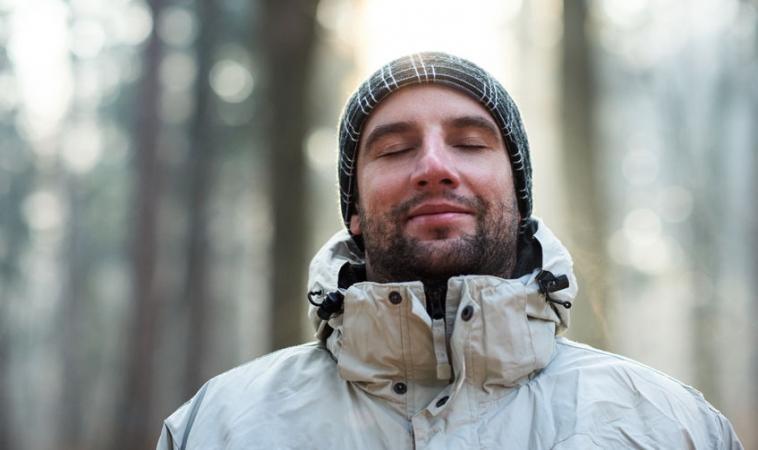 The Rhythm of Breathing, Your Memories, and Emotional Judgements

An interesting study on breathing was recently conducted by researchers at Northwestern Medicine. The study looked at how breathing affects memory and emotional response.1 The findings showed that the rhythm of breathing can impact neural activity and actually enhance memory as well as certain emotional judgements – namely fear.

The research study looked specifically at electrical activity of the brain, and how it changes with the rhythm of the breath – and how this rhythm affects memory recall and emotional judgement. The findings showed that these factors depended on whether a participant was inhaling or exhaling, and whether they were breathing through their nose or mouth.

60 participants were asked to make rapid decisions on emotional expressions shown on a computer screen. The expressions were of either fear or surprise. The subjects had to indicate which emotion was being conveyed, as quickly as they were able. During inhalation, participants were able to recognize fearful faces more quickly, however not during exhalation. Furthermore, there seemed to be no difference in identification of surprised expressions. Also, enhanced performance was not noted when participants breathed through their mouths; only during nasal breathing. There was a corresponding difference in the activity of the amygdala and hippocampus during inhalation compared with exhalation as well. During the inhalation, there was general stimulation of neurons across the entire limbic system, including the amygdala, hippocampus and olfactory cortex.

This supports a theory that during excited, rapid breathing, the ability to register fear, or dangerous situational elements is enhanced. During this type of breathing, the number of inhalations are drastically increased.

The same subjects were also asked to complete a memory function test. A computerized module was used which prompted participants to remember shown objects and recall them later on. The objects that were encountered during inhalation were remembered better than those seen during exhalation. The conclusion the researchers made was that the role the hippocampus plays in memory is enhanced during inhalation with the activation of the limbic system.

An Important Finding Relating to Breathing

While the main focus of the research paper was on memory recall and perception of fear during inhalation, there was mention of an important finding that relates to the therapeutic use of breathing clinically. In reference to the basic mechanisms of meditation and focused breathing, the lead author Christina Zelano, assistant professor of neurology at Northwestern University Feinberg School of Medicine said, “when you inhale, you are in a sense synchronizing brain oscillations across the limbic network.”