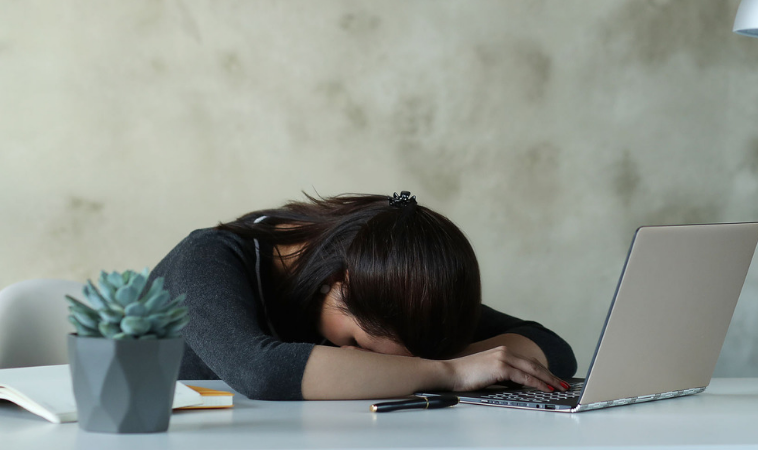 Sleeplessness and sleep disturbances may increase the risk of developing Alzheimer’s disease according to a recent study. According to the study, older adults who frequently feel sleepy during the day are three times more likely to develop beta-amyloid plaques in their brains.1This daytime sleepiness may be caused by lack of nighttime sleep or sleep disturbances, such as sleep apnea.

Beta-amyloid is a protein that is characteristic of Alzheimer’s disease (AD). This study is important in that it suggests that sleep may be associated with AD.

It is already established that diet, exercise, and cognitive activity are all modifying factors for AD risk. However, sleep has not been found to be a risk factor as of yet, though it is noted to be a symptom of the disease. The disturbed sleep patterns seen in AD is thought to be related to the beta-amyloid plaques and neurological changes they cause.

This study uses data from a long-term research project, Baltimore Longitudinal Study of Aging (BLSA), which was began in 1958 by the National Institute on Aging (NIA). The study was intended to look at the long-term health of thousands of participants in order to elucidate risk factors for age-related conditions.

A component of the study

A component of the study was a periodic questionnaire (from 1991-2000) which contained two questions: “Do you often become drowsy or fall asleep during the daytime when you wish to be awake?” and “Do you nap?” The first question required a yes/no response, while the second could be answered by “daily,” “1-2 times/week,” “3-5 times/week,” and “rarely or never.”

A smaller group of individuals involved in the study underwent neuroimaging from 1994 – 2005. One of the things this imaging was looking for was beta-amyloid plaques.

In all, 123 participants had neuroimaging as well as filled out questionnaires.

Data from this subgroup showed that individuals who reported daytime sleepiness were three-times more likely to have beta-amyloid plaques than those who didn’t. When age, sex, education and body-mass index were adjusted for the risk still remained 2.75 times greater. This suggests that AD could in part be caused by nighttime sleep problems.

Napping through the day

Participants who reported napping through the day also had a higher risk of beta-amyloid plaque, about twice as high, but it was not statistically significant.

This research does suggest that perhaps addressing sleep problems earlier in life could help mitigate the development of AD. Sleep problems such as sleep apnea and insomnia. Are associated with many metabolic and functional illnesses, and overall lowered levels of well-being and life satisfaction.