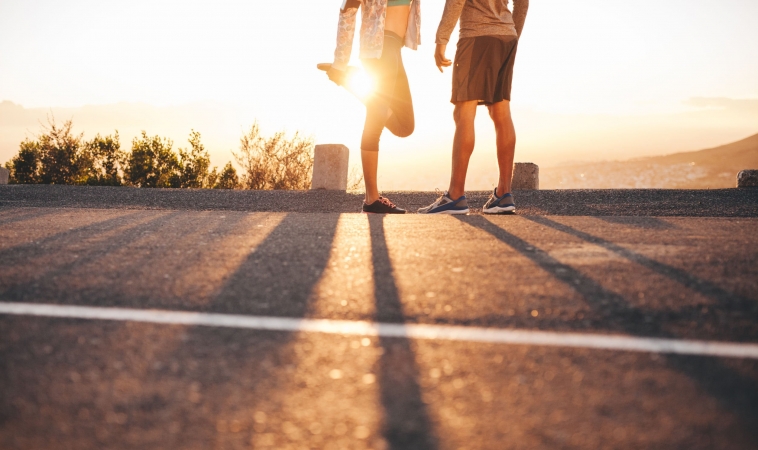 A new study led by researchers from the University of California, Irvine finds exercising in the morning, rather than at night, may yield better results. This study, published in Cell Metabolism, points to daily timing as a critical variable for metabolic benefits from exercise and implications in chronobiology-based exercise therapy for patients with metabolic disorders.

Exercising in the morning instead of at night, may yield better results

“Using mice, we compared the impact of exercise on the skeletal muscle metabolism at different times of day,” said Paolo Sassone-Corsi, PhD, Donald Bren Professor and director of the Center for Epigenetics and Metabolism at UCI’s School of Medicine. “We discovered that exercising at the correct time of day – around mid-morning – results in more oxygen in the cells and a more rejuvenating effect on the body.”

Timing of food intake is important, but it’s unclear if the effects of exercise on energy metabolism are restricted to unique time frames

Until now, it was understood that the timing of food intake was important, but it was unclear whether the effects of exercise on energy metabolism were restricted to unique time windows.

“Exercise stimulates metabolism, leading to the improvement of metabolic health. While the metabolic benefits from exercise have been extensively uncovered, the question of when it is appropriate to exercise has remained virtually unexplored,” said Sassone-Corsi.

Using high-throughput transcriptomic and metabolomic approaches, the research team identified distinct changes in the metabolism of mice that occurred during exercise in either the early rest phase (evening) or the early active phase (morning). The impact of exercise in the morning resulted in higher utilization of carbohydrates and ketone bodies, as well as the breakdown of fats and amino acids.

What the results indicate

“Our results clearly indicate that time-of-day is a critical factor to amplify the beneficial impact of exercise on both metabolic pathways within skeletal muscle and systemic energy homeostasis,” said Sassone-Corsi.