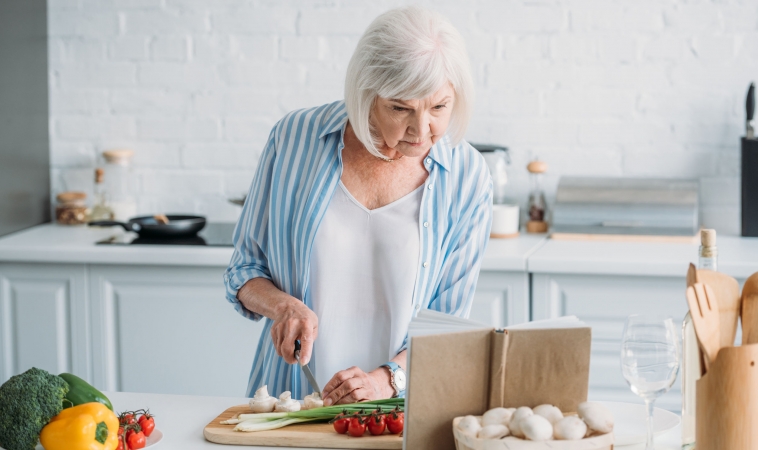 Mushrooms are such a great food. More and more research is supporting the immune and cognitive benefits of incorporating more mushrooms into the diet on a regular basis. A new study from Singapore suggests that eating mushrooms just twice a week could significantly prevent mild cognitive impairment in the elderly (those over 60).

The study included 663 Chinese individuals over the age of 60. Their diets and lifestyles were tracked over 6 years from 2011 to 2017.

The results, which have been published in the Journal of Alzheimer’s Disease, showed that consuming over two portions of cooked mushrooms a week decreased the risk of mild cognitive impairment by 50 percent, when compared with individuals who ate fewer than one portion a week.

A portion of mushrooms was considered about 150 grams, or half a plate. This would be a little more than half a cup. The mushrooms included in the study were golden, oyster, shiitake, white button mushrooms. Dried and canned mushrooms were both considered in the study. Essentially, it didn’t matter what kind of mushrooms people ate, they all affected cognitive stability favorably.

Even one small portion per week could confer benefits

Even though the study emphasizes two or more portions of mushrooms per week, the study also found that even one small portion per week could confer benefits.

ADDING MUSHROOMS TO YOUR DIET

Including more mushrooms in your diet can be as easy as:

Enjoy the deliciousness and memory power of mushrooms!