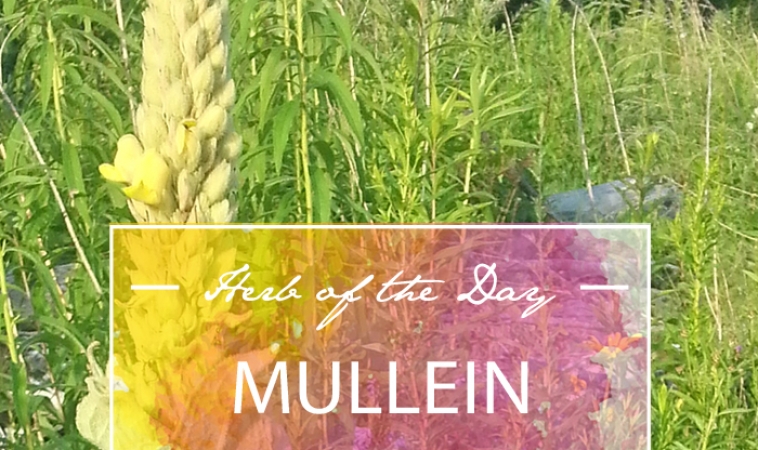 Mullein (Verbascum thapsus) is a pretty obvious plant to spot. It’s fuzzy and can grow up to six feet tall.

It is a member of the Scrophulariaceae family, whose root word, scrofula, means swollen neck glands. I can’t speak for all members of the family, but at least when it comes to mullein, it is an excellent herb to treat ailments often associated with lymphadenopathy of the neck such as ear infections and coughs.

It is very commonly used in ear infections as an oil infusion to treat otitis media and otitis externa because it is pain relieving and antiseptic.

As a tea or tincture it is emollient, demulcent and astringent which is a fantastic combination for ailments of the respiratory tract. It is good for both productive and non-productive coughs.

Traditionally it has been smoked or burned as incense to help alleviate asthma. I’m not confident enough to actually promote this method of treatment.

And in Traditional Chinese Medicine it is used as a yin tonic for the lung by resolving phlegm, coughing and wheezing. It helps to circulate lung Qi and clear wet heat.